Without a single doubt, summer is the favorite season for most people. The sun and the sea make it look so perfect, especially in the freezing winter days, while drinking hot tea, dreaming and planning to spend the warm days  in the terrace while having a cold drink and listening to the birds sing. But when summer finally comes, the air in the balcony makes you feel as if you are suffocating, even in the late afternoon.

However, this is a problem that can easily be solved with an outdoor ceiling fan. It may sound strange to people who haven’t had to deal a lot with fans in their life, but outdoor ceiling fans are a huge thing especially in countries with super hot summers.

Benefits of an outdoor ceiling fan

The one and only benefit of an outdoor fan, is that it allows you to enjoy your balcony or terrace during the whole summer. Unlike the belief of many, the fan does not produce fresh air, it only circulates the warm air while refreshing it and creating a chill effect.

It might seem unimportant to you, but having an outdoor fan will make it possible for you to finally enjoy your outdoor spaces in summer days. If you get one, you will thank yourself later.

Are indoor and exterior fans the same?

The answer is ‘No!” Straightly to the point, a fan made for indoor spaces cannot resist the rough exterior weather elements. Its motor and other parts must have some features that protect them from the moisture, corrosion, rust, and others.

However, there are some fans that are both outdoor and indoor, which means that they have been structured and produced in a way that they cannot be damaged or affected by the above mentioned elements if they are installed outside.

There is a variety of fans you can choose among if you decide to pick a fan for your terrace or balcony.  Depending on the structure of your outdoor space, or your preferences you can pick between an outdoor ceiling fan, and an outdoor floor fan.

The main difference between both is that an outdoor ceiling fan is capable to move more air at a wider range at the same time, while a floor fan can move air in only one direction at a time, in which it has been set to point at. However, you can change the direction of a floor fan, but you cannot change the position of an outdoor ceiling fan since these should be installed in the ceiling.

You are highly advised to take the outdoor floor fan inside when it rains or snows since these are not built to withstand harsh environment conditions.

A wet-rated outdoor ceiling fan, is a kind of a waterproof fan since it can receive direct contact with extreme weather conditions as rain and snow without being damaged at all and is perfect for houses near the sea that receive salty breezes from the ocean or excessive moisture.

A dump-rated fan on the other hand, is designed for places that are not in direct condition with rain water or snow. However, it still can withstand humidity and moisture.

If you have decided that the outdoor ceiling fan you need is a ceiling fan, but you still are not sure which one to pick, we are here to help. Here we have listed some of the best outdoor ceiling fans, and whichever you pick; you will for sure do a favor to yourself. Your summers will be more relaxing and chilling with any of the fans listed below. 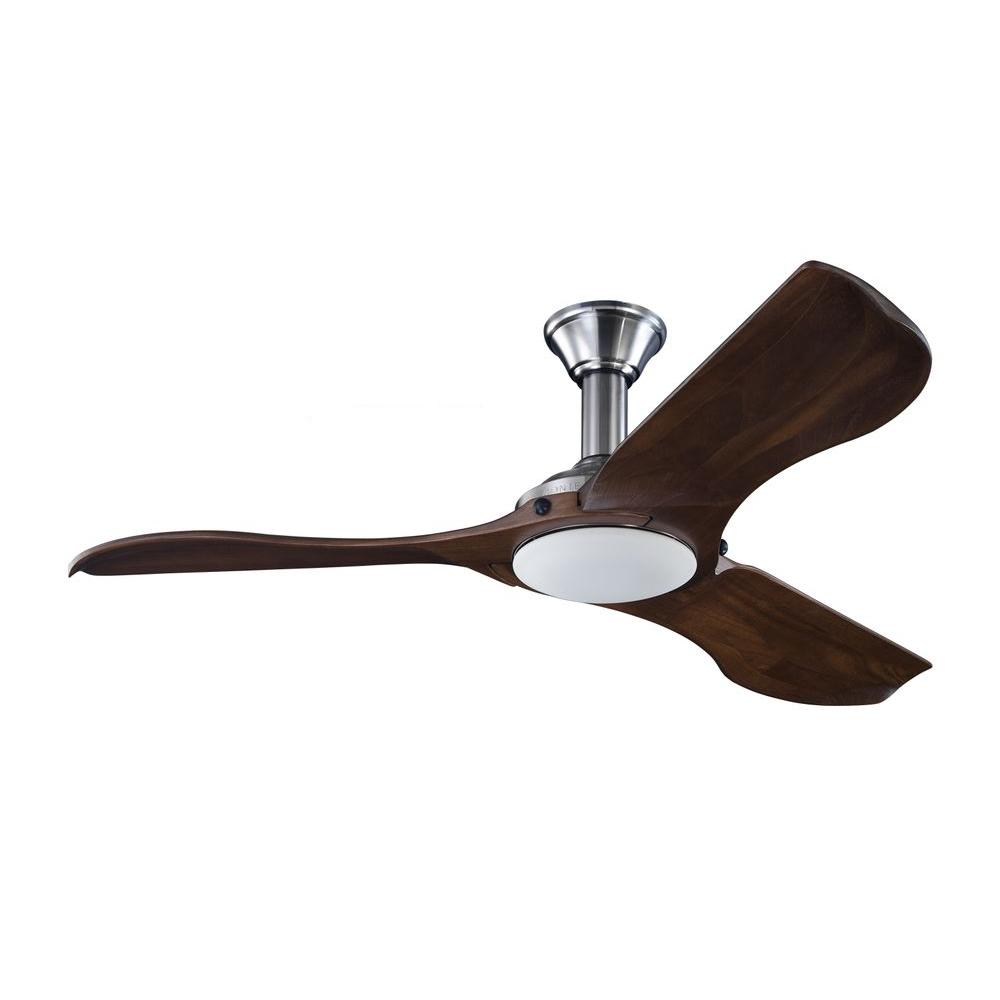 A ceiling fan that can be used for both, indoor and outdoor spaces, has three blades and weighs 16.28 pounds. It is made out of a combination of three materials: wood, glass and metal, and comes in one of the following colors:

Its contemporary style, and the variety of colors to pick among, makes it perfect for every environment. The fan includes a LED light bulb, and has an airflow efficiency of 285 and also an airflow CFM of 7785. It is super quiet even at its highest speed and has a cutting diameter of 56.0 inches.

It weighs only 3.5 pounds and requires 2 AA batteries. The light bulb is not included but the fan has a very energy efficient DC motor with led lights. It is capable of moving a lot of air thus producing a nice chilly effect. It doesn’t wobble at all, and is extremely quiet for an outdoor ceiling fan. 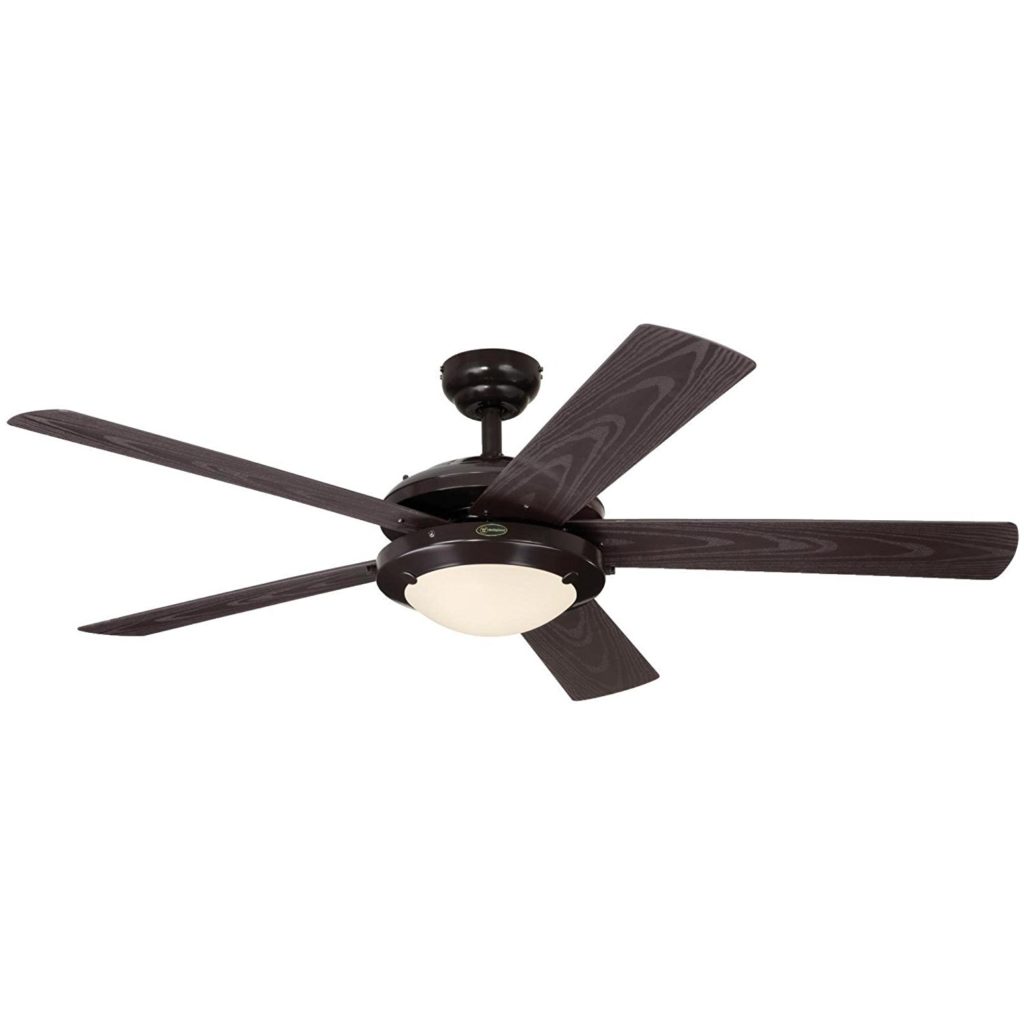 Another attractive ceiling fan, that can be used for either Indoor or Outdoor spaces. This Westinghouse fan has 5 blades and weighs 15 pounds, which weight makes it easier to install. You can adjust this fan of casual style to every environment since you can pick among six different colors as follows:

It has an airflow capacity of 4074.52 CFM and comes with a light kit with frosted glass that includes two 40-watt torpedo candelabra base bulbs. The fan doesn’t wobble; it is so quiet it makes you forget you have a ceiling fan. 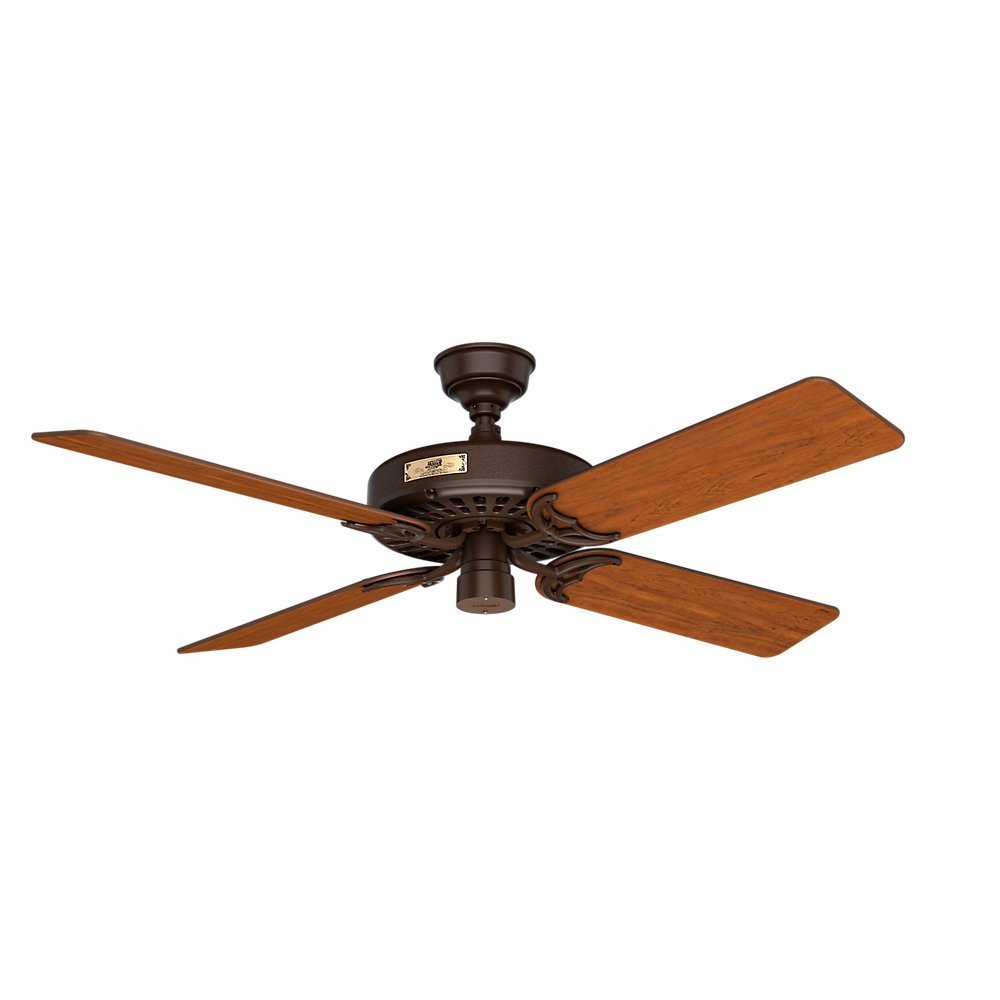 This quality build Hunter fan made of plastic and metal in the color of chestnut brown has five cherry/walnut reversible you have the possibility to remove one of the blades, an turn it into a four bladed ceiling fan, if you wish to. If you decide to buy this fan, you can also pick other color in order to match the ceiling fan with your outdoor space. You can pick between:

The fan has an air flow capacity of 7560 CFM, what makes it perfect if you have a big terrace. It has also been awarded with the Energy Star, which is given to energy saving products. 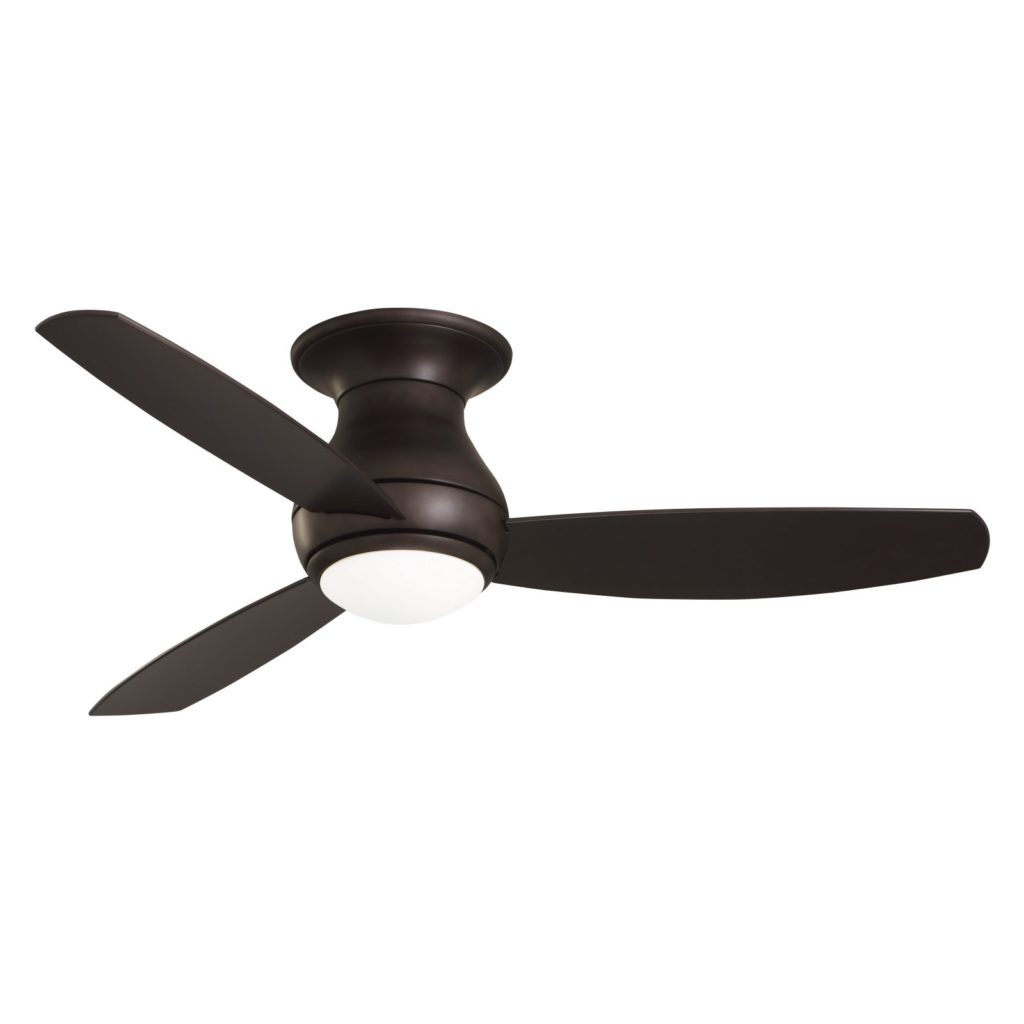 This outdoor fan has three blades, and a lot of colors to pick among. If you are a very detail oriented person then you should totally check this fan, since you can take home with you any of the following colors:

Moreover, the fan has an air flow capacity of 4217 CFM, and comes with a remote included, with which you can switch between the six speeds and also turn on and off its LED light and whole fan itself from the couch. The remote also helps to reverse the blades’ rotation according to your preferences of air flow, what makes it even easier to operate with.

The light bulb comes included with the fan which in total weights 19 pounds. This fan is silent – there is no operating noise, clicking, or wobbling.

A floor fan is perfect for apartments or houses with smaller balconies, since it does not occupy a lot of space, and also you can easily move it from one balcony to another. Outdoor floor fans point the air at one direction in which you have set it to, which you can always change according to your mood and preferences. Here we have listed the best outdoor floor fans and reviewed their features. 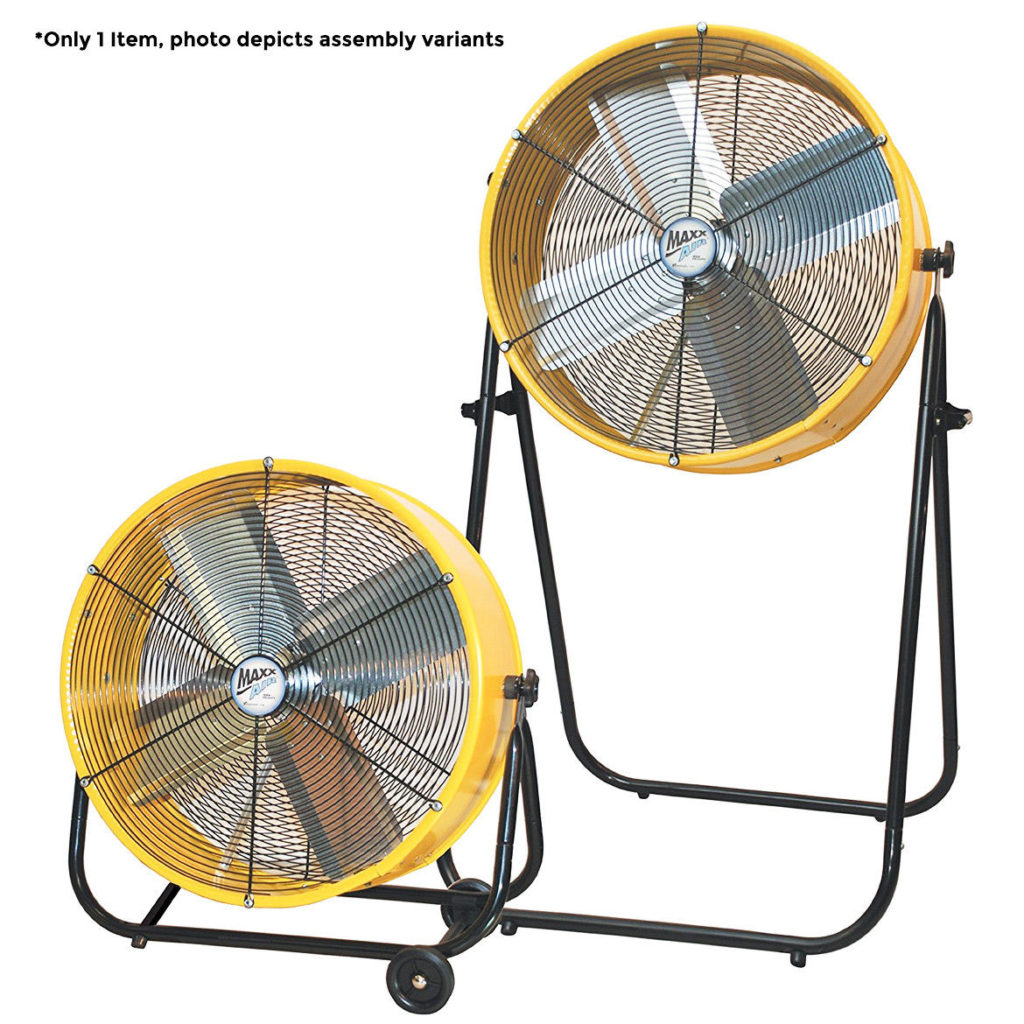 This outdoor floor fan weights 38.7 pounds and comes in the yellow color. You can easily adjust its airflow capacity between 4000 and 2800. You can also use it inside and outside, and is easily convertible from a roll-around floor fan to a 52-Inch stand fan with an 8 foot power cord so you can carry it around without the need to find another switch. 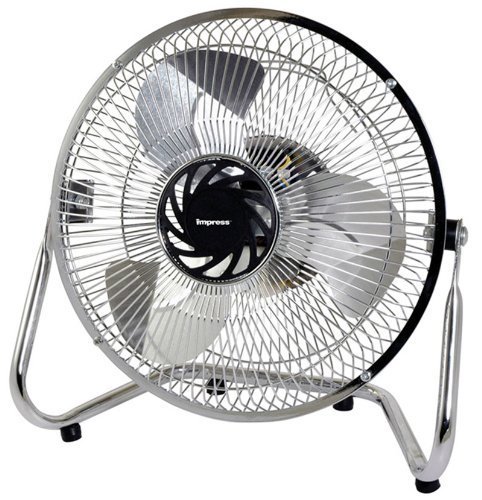 This floor fan has a 9 Inch diameter and is made of silver metal finish that resists wear and oxidation. This fan has skid resistant rubber feet in order to prevent them from scratching your floor.

You can adjust its speed to High, Medium or Low according to your preferences. It weighs very little, 4.05 pounds, so you can easily move it around. Though small enough to put under a cubicle desk in a stuffy office this fan is a power house for its size.

The best thing about this fan is that you can run it for long periods of time and it does not get warm.