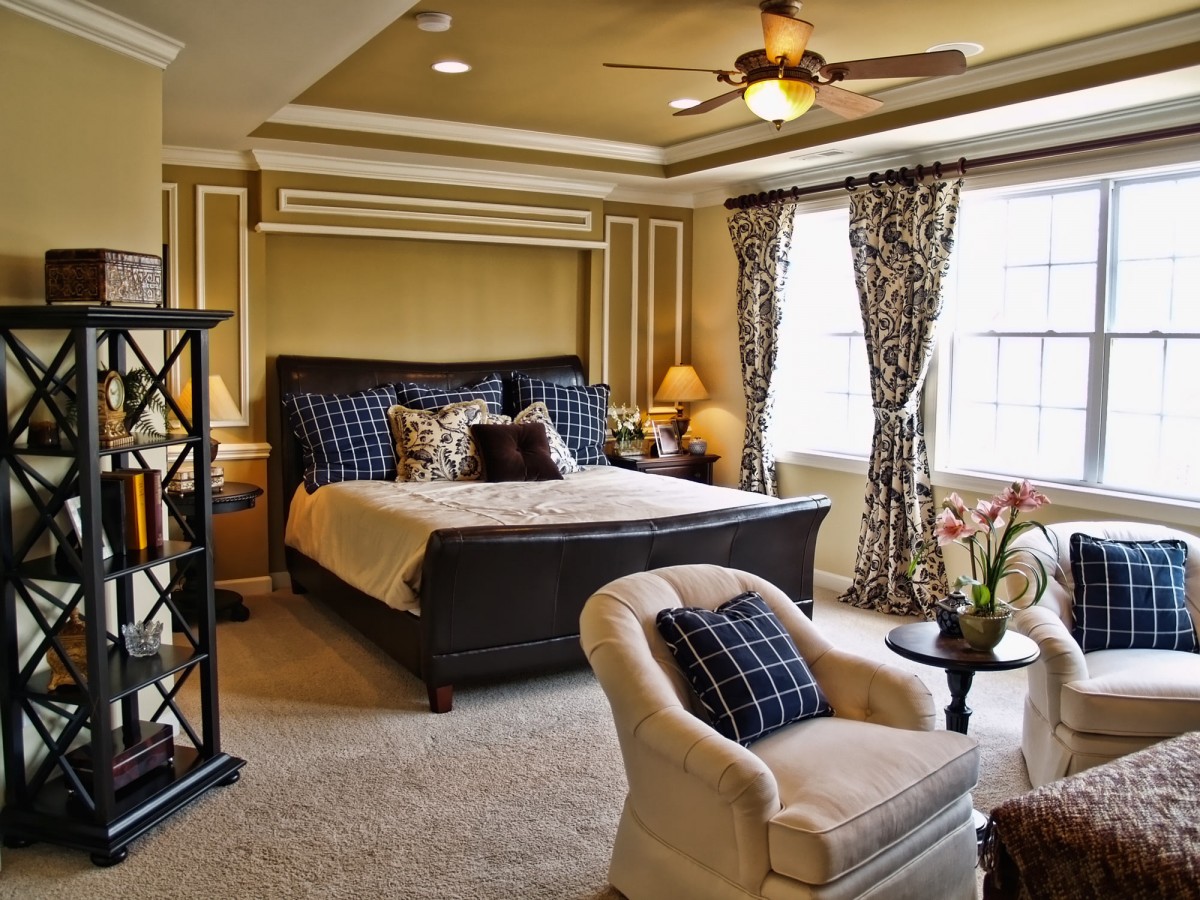 The Emerson ceiling fans have been around for as long as anyone can remember, and are often dubbed as some of the first modern ceiling fans. In fact, ceiling fans, and other types of fans manufactured by Emerson date back to 1895, which means they have an experience of over a hundred years in bringing to their clients the best there is of qualitative, modern, innovative, customizable, and energy efficient ceiling fans.

Emerson offers a wide range of ceiling fans, so that its clients are able to find the perfect match for their environment, whether the interior of their house is of a modern style, industrial, farm house, traditional, and anything else in between.

Fans manufactured by Emerson have several features that distinguish them from the other fans, and make then outstanding and unique.

First of all, the Emerson ceiling fans are energy efficient and have the longest-lasting light fixtures yet. Their fans’ Light Fixtures come in 13 custom finishes, and produce a softer, more uniform glow than conventional bulbs. They last three times more than the average bulb.

Additionally, Emerson has created a collection with over 18,000 possible configurations, which offers a selection of five fan models, each model with eight finishes, and over 50 blade options to create the focal point for your favorite room – one piece at a time.

Almost all of the Emerson Ceiling Fans have an EcoMotor which reduces energy consumption by 40 per cent, while at the same time driving a higher degree blade pitch more effectively, with impressive cubic feet per minute (CFM).

Following in this article, we have listed and rated the top 10 most sought-after ceiling fans, that are the most efficient, proved to have a wonderful performance. All of these fans are unique in design and performance, and adaptable to most types of décor styles, often available in several colors.

First in our list of the most recommended Emerson ceiling fans, is this CF130ORB Tilo Modern Low Profile/Hugger ceiling fan, which works for both, indoor and outdoor environments.

The fan has three blades and is available in the following three colors, so clients can pick among different options, and find the perfect match for the interior of the room in which they wish to place this fan.

The fan has a 30 inches blade span and an 18 degrees blade pitch, in order to make possible for the fan to move as much air as possible. It also has a four-speed wall control, so you can switch between speeds, depending on your needs. A four-speed remote control can be purchased separately.

It has an air flow capacity of 2278 CFM and weighs 10 pounds in total, what makes it easier to be mounted.

This highly demanded three-bladed ceiling fan by Emerson, had to be in our top ten. With a modern design and available in two colors – appliance white and barbeque black – this industrial ceiling fan would complete every home décor, aside from meeting the expectations of its capacity.

The fan weighs 20 pounds and comes in a size of 56 to 65 inches, which means that it is designed for large and open spaces, with high ceilings (at least ten feet above the floor).

Its chemical resistant polypropylene blades provide an airflow capacity of 10,649 cubic feet per minute. The fan has a 6-Inch down rod included and is wall control adaptable.

This 52 inches large Batalie Breeze ceiling fan by Emerson of a Contemporary style has five weather-resistant blades in the shape of leaves, which have the capacity of moving 5,255 cubic feet of air per minute.

It has a three-speed pull chain with manual reversing switch on motor, and a down rod 4.5 inches long.

With its impressive look, it is ideal for indoor environment as living rooms, bed rooms, kitchens, receptions, as well as for outdoor environments as patios, decks and porches. We have to emphasize again that this a weather resistant ceiling fan, therefore you do not have to worry about it rusting from humid air in wet locations.

An industrial 56-inches ceiling fan by Emerson, which weighs 24 pounds and is made of metal, has a traditional style and is available in three different unique colors:

The fan has three blades, and comes including a “J” hook for easy installation and wobble-free smooth performance, as well as an 8-inch and a 22-inch down rod to optimize air movement. The blades have an air flow capacity of 9757 cubic feet per minute.

It is approved for residential use only for ceilings that are at least ten feet above the floor.

What would you say if we told you that there’s a remarkable ceiling fan that comes in three different styles, each in two different sizes, each in 8 different colors to choose among? You would be surprised of course.

Well this Emerson fan, comes in three different styles – Pro Series II, Pro Series, and Pro Series ES – in a size of 42 inches, or 50 inches, depending on your needs. You can also pick any of the following colors:

Its five blades are reversible, so you can enjoy it both during summer and winter. It weighs 19 pounds as it is entirely made of wood. It has an air flow capacity of 5,224 CFM and a candelabra type of lightbulb.

This CF755WW five-bladed ceiling fan by Emerson has been rated with the Energy Star mega money savings on energy costs, what makes it outstanding amongst all other ceiling fans.

This fan is not only money-saving, but also beautiful and completing for every classic and modern interior design. It is available in five different colors – appliance white, brushed steel, oil-rubbed bronze, and venetian bronze, which means no matter the colors and nuances of your interior, you will find the matching fan of this design.

It has a 52 inches blade span with 14 degrees blade pitch and a 3.5 inches down rod. It weighs 21 pounds, has an air flow capacity of 5,796 CFM and includes Emerson’s limited lifetime motor warranty.

Another five-bladed ceiling fan by Emerson, the CF905VNB Prima Snugger is very elegant and classy, made of a combination of wood and metal, with a mesmerizing performance and special features.

In particular, it is a perfect addition for indoor interior styled with rustic themed decor. There are two versions of this ceiling fan when it comes to its style – Prima & Prima Snugger – each in four different colors: brushed steel, venetian bronze, oil-rubbed bronze, and satin white.

This ceiling fan is in particular recommended for low ceiling as it only hangs down 8.1 inches from the ceiling when installed.  In addition, it weighs only 20.3 pounds, and has a size of 51 to 55 inches, what makes it even easier to install, in comparison to other heavier ceiling fans.

An Emerson ceiling fan that works for both, indoor and outdoor environments. CF552ORB Veranda comes in three different colors – golden espresso, oil-rubbed bronze, summer white, and vintage steel – and is in particular a perfect fit for any patio or deck space.

It has five highest quality all-weather blades, with a span of 53 inches and an air flow capacity of 5,967 CFM. The fan pack includes a down rod 4.5 inches long and comes with a limited lifetime motor warranty.

It is, no doubt, a simple and stylish ceiling fan, with a modern and elegant look that would complete the décor of any space you add it to.

A unique contemporary ceiling fan by Emerson, CF985LBS Aira Eco has eight blades that give a spectacular look to every ceiling. Available in five different colors – brushed steel & four other colors all in led lightning, which are brushed steel again, graphite, oil rubbed bronze, as well as platinum.

More unique than its look, is its Emerson Eco Motor, which is the most energy efficient motor, with an airflow capacity of 8,133 CFM. It uses up to 75 per cent less energy, while at the same time providing long-lasting, trouble-free motor life.

This fan gives you the opportunity to choose between lighted and fan-only options, as it includes a removeable no-light cover plate. It also includes a six speed LED wall control with receiver that permits you to easily select and switch between fan speeds, and not only. You can also select your preferable light intensity and airflow direction through the same wall control.

The CF860WW Luray Eco is a very sleek and stylish three-bladed ceiling fan by Emerson, available in three colors:

It is rated with an energy Star by the Luray eco ceiling fan, and has an airflow capacity of 8,500 cubic feet per minute.

It weighs 25 pounds and has a LED lightbulb which is dimmable. It has a six-speed wall control, which means you can switch between speeds, from the highest to the lowest depending on your needs and preferences.

Despite that the fan is ideal for enjoying indoors, you can also place it in covered outdoor living spaces. 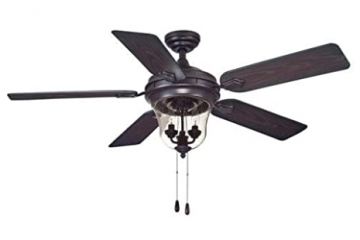 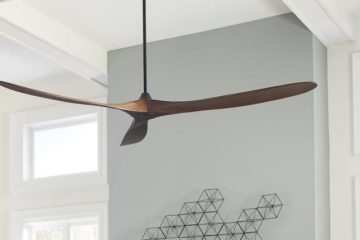 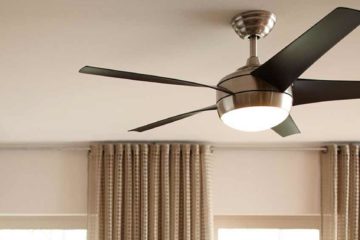 Days at office somehow get longer and more boring during summer, and we all know why. Who would want to be at the office when they could be at the beach, feeling the hot ocean Read more…